Jonathan Warner was the first president. Plant to employ 1100. This mill was very modern when built, the main building being 300 ft. long and 200 ft. wide. The hot mill engine (steam) was the largest ever built up to that time for such an application, having a drive wheel that was 25 ft. in diameter, producing 3,000 horsepower. There are 6 hot mills on either side of the engine. The mill makes tin as well as steel. There are also, 4 sets of cold rolled mills, 3 single rolls for sheet iron, 3 rolls for tin, with power supplied by an 1800 HP steam engine. The plant has 2 picklers. There are 14 annealing furnaces.

The second largest building is 150 ft. wide and 600 ft. long. In this building is the roofing dept. where finished products are made and forming is done; the galvanizing dept., and the shipping dept.

A large portion of the product made in the plant will be corrugated sheets. The electric motors used to operate the corrugating machinery were made at the Peerless Electric Co. of Warren, Oh., and others made by Westinghouse in Pittsburgh. TSC was one of the first plants in the country to use electric motors to power it’s finishing equipment.

Improvements to Trumbull Steel Co. will boost employment to 3,500. There will be an addition of 8 mills to the sheet and tin dept. Two tin mills, 4 sheet mills, and 2 jobbing mills. When the additions are complete, Trumbull Steel will have 32 mills. Plans are to double the finishing capacity of the mills. Ground was broken for 5 new open hearth furnaces. Other improvements will be a 36 inch blueing mill, and a Morgan sheet bar and billet mill. If the buildings for Trumbull Steel were put end to end, the mill would have been 1 ½ miles long. This mill was, by far, the largest employer in Warren for many years, eventually reaching about 7,000 employees. (Tribune 1/13/1917)

The Trumbull Cliffs Blast furnace supplied iron to the plant for several years until merged with Trumbull Steel and Republic Steel of Youngstown about 1928. A coke plant was added in 1927 and remains in operation today under Arcelor Mittal Steel Company.

This mill was the largest employer in Warren and probably Trumbull County for many years. The highest level of employment reached somewhere between 7,000 and 9,000. people. This mill complex covered 1100 acres of land. The product mix changed over time relative to market changes. The mill produced steels for the electrical and automotive industries. Before the advent of plastic gas tanks this plant produced the steel that was used to make automobile gas tanks.

If you put all the mill buildings end to end, the mill would be 1 1/2 miles long.

At one time the plant had electric furnaces, and I think, open hearth furnaces for turning iron into steel. Eventually, the mill installed two Basic Oxygen Furnaces (BOF) and a continuous caster. The continuous caster was supposed to be the salvation of the American steel industry, but in a lot of cases, that just didn’t work out.

The rolling mills were in need of a $300 million upgrade that never came.

Republic Steel was the third largest steelmaker in the U.S. and was, at one time headquartered in Youngstown.

Republic merged with J&L – LTV Steel in 1984. In 1986 LTV filed for bankruptcy and reorganized. LTV went through another bankruptcy in December of 2000. Parts of LTV, like the Warren mill were sold off. Other parts became a part of the International Steel Group and was later sold to Arcelor Mittal Steel.

Severstal Steel, a Russian company acquired the Warren WCI mill among several other mills in 2008. After another downturn in the steel industry Severstal sold out to Ira Rennert’s son and the company was renamed RG Steel in March of 2011. After just a few years of operation the mill was permanently shut down in May of 2012. The mill was demolished in 2014 and the blast furnace was demolished in 2017, ending over 100 years of steelmaking in Warren AND the Mahoning Valley. 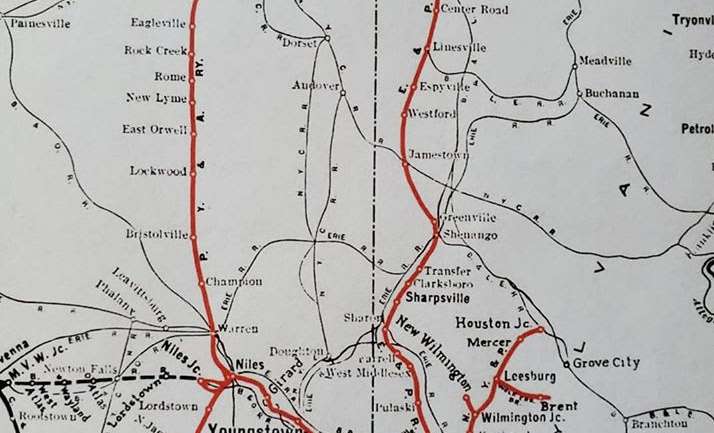