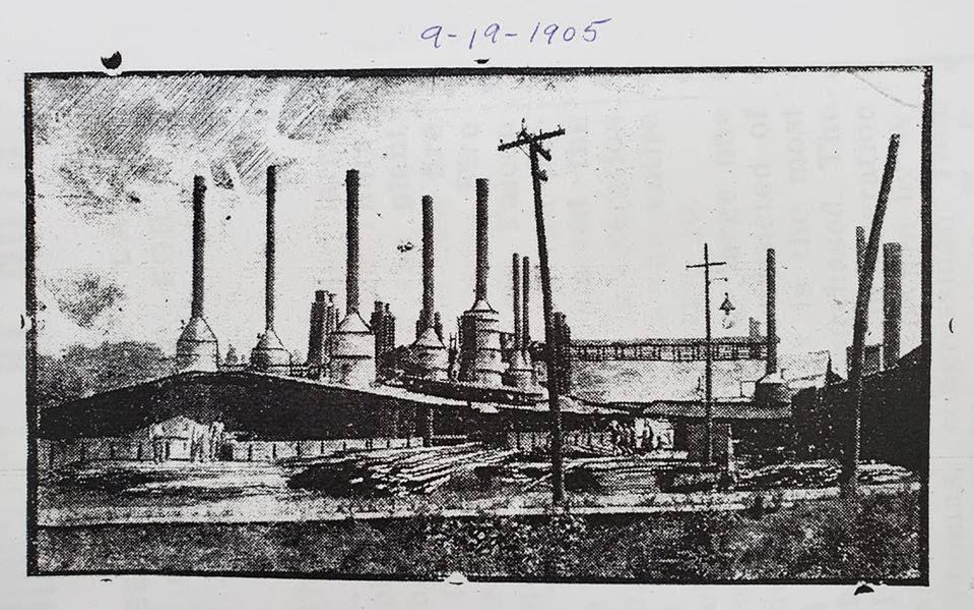 Packard & Barnum Iron Co. – est. about 1865 – This bar mill was located in the southeast corner of South St. and Liberty St. (Pine Ave.)  The plant was owned by Warren Packard and Mr. Barnum. By 1870 Mr. Packard had sold his interest in the company

The first blast furnace in Warren was located here. The furnace was blown in Sept. 6, 1870 (prior to this, iron was brought in from a furnace in Niles).  It was 55 ft. high and had a bosh of 14 ft., and consumed 120 tons of coal per day. The furnace produced 30 to 35 tons of iron per day. When built,this was one of the largest iron furnaces in the Mahoning Valley. The plant had steam hammer, 6 puddling furnaces, and an 18 inch rolling mill. Later, 10 more puddling furnaces were added to make a total of 16. It rolled iron into bars.

In 1873 two heating furnaces were added as well as a 10 inch mill. After this the mill failed due to the Panic of 1873, and was sold to William Richards & Sons. The mill produced 35 tons of puddled bar per day.

The Panic of 1873 was really a depression that destroyed a lot of businesses just like the Great Depression of 1929 did.

In 1879 the mill was partially destroyed by fire and was sold to Covington Westlake. Under Covington Westlake the mill continued to make muckbar. The mill was later sold to the Union Iron & Steel Co. of Youngstown, sold again to American Steel Hoop Co., and later, the Carnegie Steel Co. Before the plant shut down there were 400 employees. In 1905 Carnegie Steel wanted to consolidate this business with other mills in Greenville, Pa., and Youngstown, OH. The Warren mils machinery was taken out and split between the Greenville and Youngstown mills, with most of the work going to Youngstown, and the Warren mill was closed.  The plant was torn down in 1905. (WRC 5/1/1872, WDT 9/14/1905)

Both the B&O RR. and the Erie RR. provided rail service to this operation.

The Goodyear tire store now occupies a portion of this land. 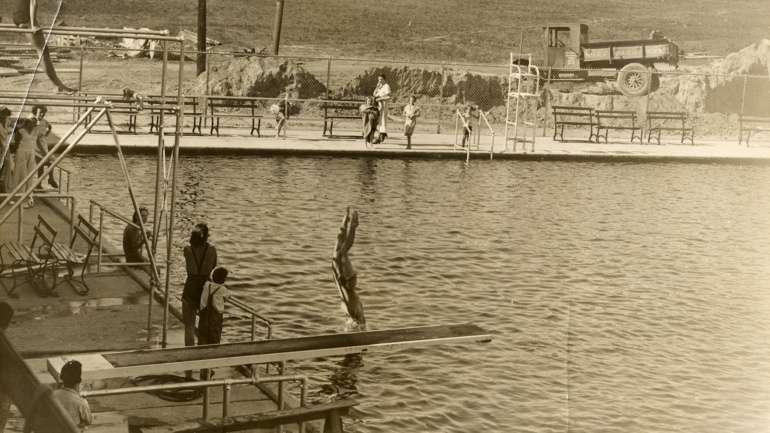