Leigh Brackett was a famous science fiction writer who became known as the Queen of Space Opera. She was also a noted Hollywood screenwriter who worked on such films as The Big Sleep (1946), Rio Bravo (1959) and The Long Goodbye (1973).  She also wrote the first draft of The Empire Strikes Back.

She was born in Los Angeles on December 7, 1915 and grew up there. She started writing stories for science fiction pulp magazines in the early 1940s, quickly establishing herself as the godmother of science fiction writers while working in other genres with equal skill and success.

Her young readers’ western, Ride the Free Wind, won a Newbery award. Her 1944 novel No Good from a Corpse, a hard-boiled mystery novel in the style of Raymond Chandler or Dashiell Hammett, introduced her to a wider audience and steered her career towards the movie business where she would excel. Legendary producer and director Howard Hawks was so impressed by this novel that he asked his assistant to call “this guy Brackett.”

She became a writer spanning two different worlds. To science fiction fans, she was a veteran of the beloved pulp pages of Planet Stories, and the creator of the larger-than-life swashbuckling fantasy hero Eric John Stark. To film buffs, she was the screenwriter of five adventure sagas for Hawks: The Big Sleep starring Humphrey Bogart, and Rio Bravo, Hatari!, El Dorado and Rio Lobo, which all starred John Wayne.

She co-wrote the screenplay for The Big Sleep, based on Raymond Chandler’s classic Phillip Marlow detective novel, with the Nobel Prize winning novelist William Faulkner. In a 1974 interview, Brackett described what it was like working for Hawks: “He would throw a bunch of ideas at me, and say, ‘This is what I want.’ Then, he would go away, and I would see him again for weeks. He left it up to me to fit his ideas together, and turn them into a story.”

On December 31, 1946, at age 31, she married fellow science fiction pulp writer Edmond Hamilton. For most of their 31-year marriage, they worked side by side in the sprawling farmhouse in Kinsman they bought in 1951.

From 1948 to 1951, she produced a series of science fiction adventure stories that were longer than her previous work, including such classic representations of her planetary settings as The Moon that Vanished and the novel Sea-Kings of Mars (1949). The latter was later published as The Sword of Rhiannon, a vivid description of Mars before its oceans evaporated.

The Long Tomorrow (1955), one of Brackett’s more critically acclaimed science fiction novels, describes an agrarian, technophobic society that develops after a nuclear war.

One of her proudest moments came when George Lucas asked her to write the script for The Empire Strikes Back (1980). Producer and screenwriter Lawrence Kasdan later refined her first draft.

She died on March 18, 1978 in Lancaster, California, a year after the death of her husband. The couple is buried in Kinsman Cemetery. 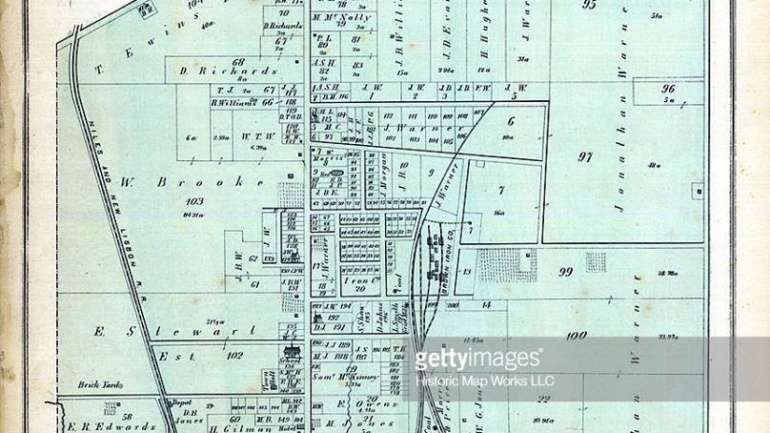